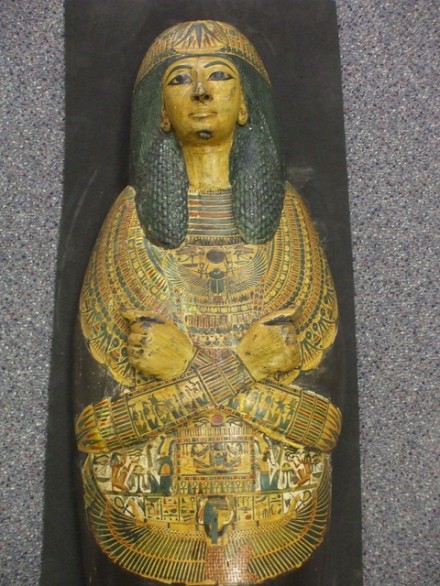 Photo by Leeds Museums and Galleries on Foter.com / CC BY-NC

Photo by Leeds Museums and Galleries on Foter.com / CC BY-NC

By Will Pearson, Lilly Savin–

Over the 3,000 years ago, there was an Egyptian Priest by the name of Nesyamun, who used to chant and sing the religious liturgy. Since his death in 1069 B.C., he has been silent in his mummified coffin until now.

British Scientists have figured out a way to resurrect the priest’s voice. The scientist did a CT scan of the mummy’s vocal tract, which they would send that to a 3-D printer. It printed out the vocal tract, and it got hooked up to a voice box. The voice box played a sound that sounded in between the words “bad” and “bed.”

The next step in the process is to change the format into a computer model that will match the scan of the vocal tract and turn to a digital simulation of a moving jaw and tongue. It is a groundbreaking experiment that could now bring a voice to this piece of history.