Since August, Virginia Tech’s campus has been full of students zipping across campus on electric scooters. The introduction of the new way to get around campus is part of a research study collaboration between Virginia Tech Transportation Institute (VTTI) and Spin. 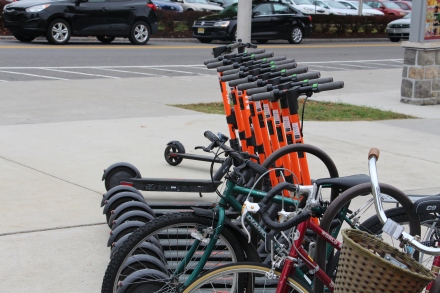 And while most students have used the scooters in the intended fashion, some misuse of the scooters has prompted the Town of Blacksburg to start work on putting in place regulations for e-scooters off Virginia Tech’s campus.

The regulations were introduced by town attorney, Larry Spencer, earlier in October as Ordinance 1909.

A big concern that has been voiced since the start of the VTTI study is that students are prone to leave the scooters parked haphazardly across campus. 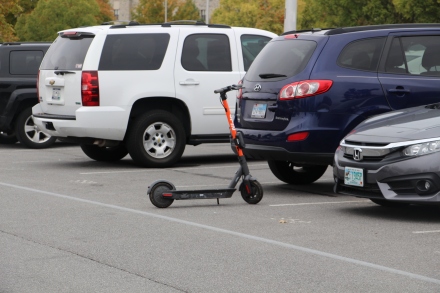 “The big restriction is that they wouldn’t be permitted on downtown sidewalks,” noted Spencer.  “They also wouldn’t be permitted to be parked in a manner that obstructs sidewalks or pedestrian areas.  We will also try to establish safety and operational requirements through permits with companies like Bird, Lime, etc.”

“However, a locality has to use this authority by [December 31, 2019],” explained Spencer. “Lots of local governments in Virginia are working on similar ordinances.”

Electric scooters have burst on to the scene as a common mode of transportation in the past couple years. More and more people use them in cities across the country., and on Virginia Tech’s campus, personal electric scooters can be seen all over.

“[Ordinance 1909] is a good start, but I’m sure that we will have to look it again in the coming years and after the use of motorized skateboard and scooters becomes more widespread,” said Spencer.

While there aren’t any current plans for the Town of Blacksburg to bring an electric scooter company into the downtown area, Spencer noted that the town had had some conversations with Bird a while back.