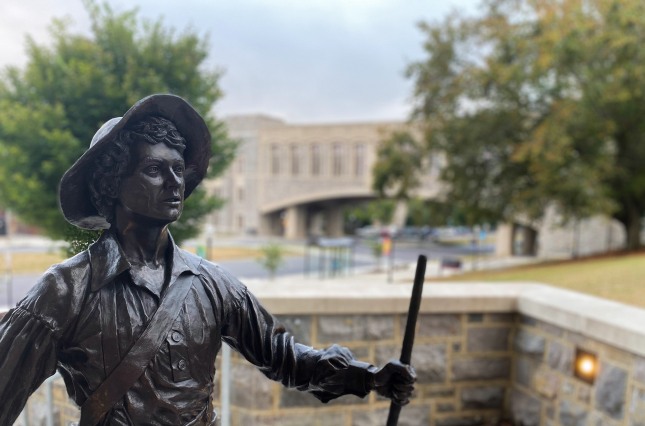 Virginia Tech receives a speech code rating of yellow from The Foundation for Individual Rights in Education.

The Foundation for Individual Rights in Education, FIRE, is a nonprofit educational foundation. According to FIRE’s website, the organization’s goal is to protect individual rights and freedom of speech on college campuses. FIRE cites seven Virginia Tech policies that qualify for FIRE’s yellow rating. The majority of these policies are outlined in the Virginia Tech Hokie Handbook.

“I honestly had no idea that Virginia Tech had these policies. To be fair, I don’t think many students have actually read the Hokie Handbook. It’s not something I would have been aware of without someone bringing it up to me,” said Matt Schmidheiser.

Schmidheiser, a Virginia Tech student, participated in the climate strike back protest on Virginia Tech’s campus. Schmidheiser considers himself an activist and is troubled by the policy regarding University Facilities and Usage and Event Approval. FIRE assigns this policy a yellow rating because it is too ambiguous to protect students’ ability to hold protests and demonstrations.

Dr. Karen Hult, a political science professor at Virginia Tech, speculates why Virginia Tech includes this policy in the Hokie Handbook and why FIRE rates it yellow.

“This issue goes back at least to the Vietnam War and certainly since then,” Dr. Hult explains. “There has been a real concern that free speech is sometimes seen by some as a way to keep others from speaking or making others afraid to speak. However, this is a defined property with a mission of its own to fulfill. It is important to look at the actual text of what it says, but the language could be seen as keeping some protests from taking place.”

“I think historically there has been the notation that universities are not parents, but they have similar responsibilities for the students that are on campus. It’s not just universities,” Dr. Hult explains. “There are lots of other places that have not dissimilar speech codes. Under those circumstances, it becomes an issue of ‘we are a community when one agrees to live in this community we follow certain rules and norms’.”

“I think a lot of Hokies are very active in the community and active in using freedom of speech. I personally have never heard of a student being punished for saying or protesting something, but I do think that policy may allow Virginia Tech the ability to silence some students.” Schmidheiser said.

“Students should say ‘I have some concerns about these bounds, let’s talk about them. Let’s talk about why they apply, where you came up with them and why we are worried when you might apply them.’ That is an absolutely good conversation.” Hult said. “If FIRE is provoking that in certain instances on this campus, then good.” 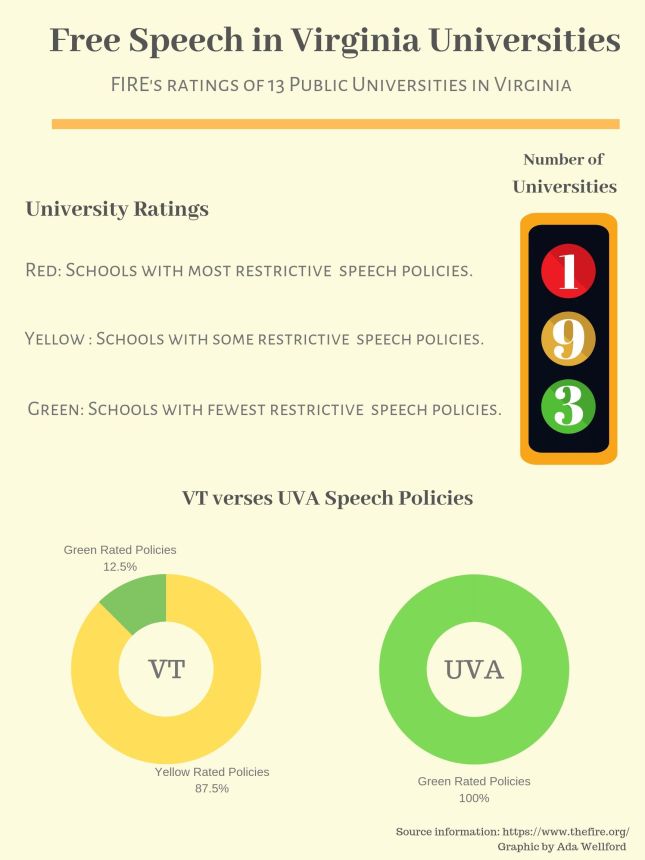 Comments Off on Speech policies rated at VT

Posted by adawellford on October 7, 2019 in News