The Virginia Tech Athletics Department lost one of their key members this past year, as Desiree Reed-Francois stepped into the role of Athletic Director at University of Nevada Las Vegas.

Despite this success story, the landscape for women in collegiate athletics, especially at the level of athletic director, is bleak. Just five women are currently in the role of AD at a Power 5 (ACC, SEC, Pac 12, Big 12, B10) conference. That is five out of 65.

Andra Scaliti, a Virginia Tech student-athlete and member of Collegiate Women in Business, says that the problems women face in the workplace are similar in most corporate environments.

“Women in the world of sports specifically can experience overwhelming setbacks from long-held stigmas,” says Scaliti.

“Intercollegiate athletics has traditionally been a boys’ club, and not reflective of the population as a whole, or even the population on college campuses,” says Phillips, “There is still sexism, racism, and homophobia in this male-dominated industry. That is not always because the person at the top is mean-spirited…there’s an intrinsic bias in business to preserve the status quo.” 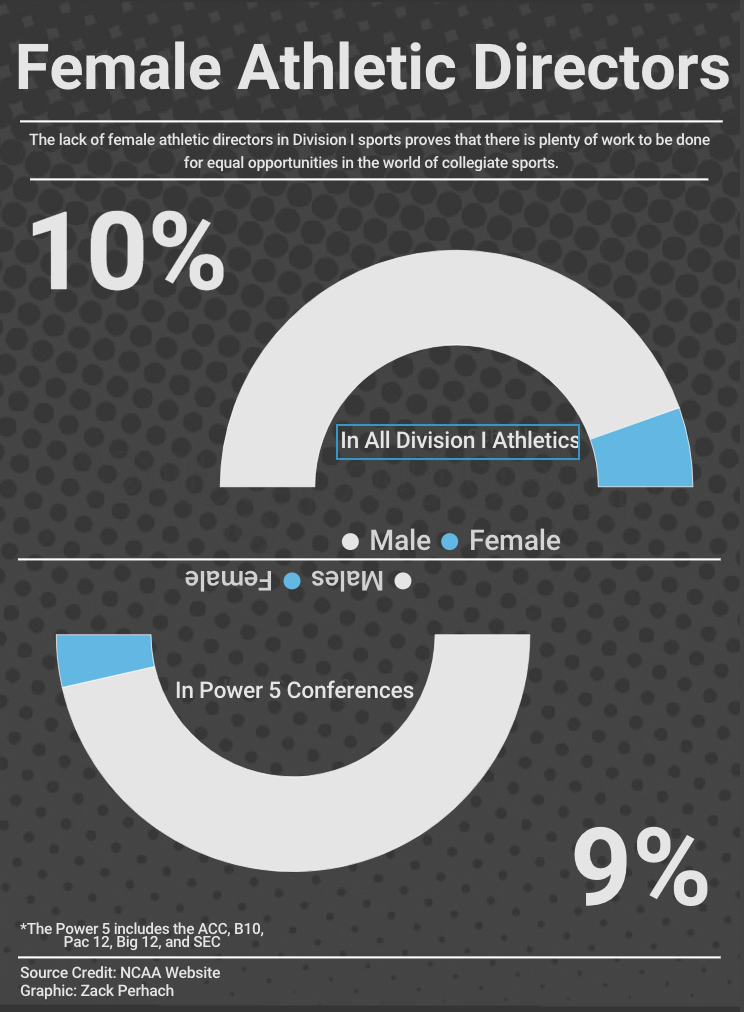 In the world of collegiate athletics, the status quo, according to Harvard Business Review, often leaves out women. Despite just five of 65 AD jobs in the Power 5 being filled by women, that figure represents progress. Just a few years ago, that number was lower and a few years before that it was zero. Stories like Reed-Francois prove that while the progress is slow, collegiate athletics are moving in the right direction.