Students who belong to the Filipino American Student Association, or FASA, come together to put on a show that has been running longer than any of the current members have been alive.

“We have a story to tell – a story to tell about where we come from and a story that gives us great pride to be here on campus,” said AJ Campanilla, a senior BIT major who both directed and performed in this year’s Culture Show.

FASA and Virginia Tech alumna Kimberly Cenzon describes the annual event as a showcase of the Filipino culture through traditional dances, songs, a fashion show that incorporates traditional Filipino clothing and a script that encompasses a different theme each year. According to the event’s official Facebook page, “The 30th Annual Culture Show: Isang Kapamilya, Isang Pag-ibig: One Family, One Love” highlights the true meaning of friendship, family and love throughout the production. The theme is shown in different scenes interwoven with the performances to form a play.

Thirty years ago, the show came from humble beginnings. Cenzon explains that it started as a small showcase that included a couple of dances. The show was held in a much smaller room on campus rather than the Burruss Hall auditorium where it has been the past decade or so.

“Just looking back at the past shows, the whole Culture Show culture itself has changed to be more light-hearted and comedic than serious and simply showcasing the culture through dance,” said Campanilla. He believes that it is this change that has enabled the show to continue on for thirty years, something not many cultural groups can say they have done.

The growth of the performance mirrors the growth of the club itself. Just in the past four years, participation in Culture Show has increased from about 80 students to over 110 students. Members of FASA can be performers in the various acts or work behind the scenes on committees such as Costuming, Technical and Stage Design.

“I think Culture Show continues on the same way the Filipino culture does – it gets passed down and eventually becomes tradition,” said Campanilla.

According to its official website, FASA at Virginia Tech was founded in 1988 to develop relationships between Filipinos on campus with other students, faculty and staff through cultural, educational and social activities. While most of the members are Filipino, the club welcomes members from all races and backgrounds. The only requirement is a willingness to explore the Filipino culture and its people.

“At the end of the day, it comes down to the passion and love for the organization and for our culture that keeps the show continuing every year,” said Cenzon. 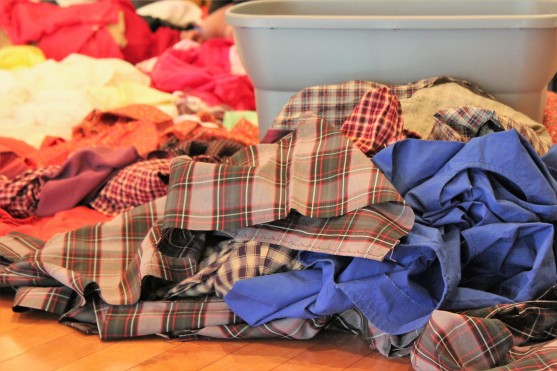 BLACKSBURG, Va., March 14 – Piled Up: It takes bolts of various fabrics to make and repair costumes for the show. Most costumes are reused from previous culture shows. Photo: Kat Schneider

BLACKSBURG, Va., March 14 – Fancy Footwork: The most challenging dance performed is the national dance of the Philippines: Tinikling. The dance involves participants jumping over and under bamboo sticks as well as in between as they are opened and closed to the beat. Photo: Kat Schneider 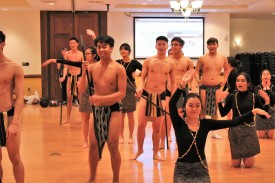 BLACKSBURG, Va., March 14 – Authentic Costumes: The freshmen in FASA are responsible for performing the traditional dance of the native Igorot people. Costumes are meant to be as accurate as possible while being inexpensive to make. Photo: Kat Schneider

BLACKSBURG, Va., March 14 – All Hands On Deck: Because Culture Show is entirely student-run, many students work behind the scenes as well as perform on stage. Photo: Kat Schneider 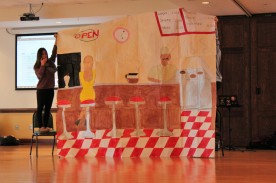 BLACKSBURG, Va., March 14 – Sketch It: People of all talents can participate in Culture Show. Artists draw the backdrops for the scenes. Photo: Kat Schneider 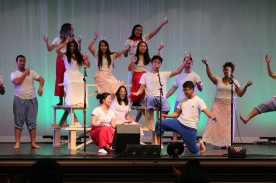