In an industry that is dominated by men over the age of 50, women are a minority in the agriculture industry. The image of farmers are men working the fields, not women plowing the land. Women control seven percent of farmland in American according to the 2012 Census of Agriculture.

“It’s a vermale-dominateded industry and a very older industry as well,” Julie McIntire Divis from PRE Brands said. “People have been there generations after generations. Their dad and grandfather worked on the same farm or in the same role.”

Divis was among the six women alumni from Virginia Tech gathered on March 31 to share their experiences, trials and triumphs in the agriculture industry. These women came from all over the industry including food science, dairy, equine and extension. They expressed their passion for their work and the importance of communicating with consumers.

Bridgett McIntosh, involved with equine at Virginia Tech, expressed her desire for women involved in agriculture to always be finding opportunities to work together. Everyone involved in agriculture has the same goal of feeding and clothing our world, so it makes sense to be working as a unified team. She also shared that feeling good about the work you’re doing matters.

“Compared with men, women don’t consider themselves as ready for promotions, they predict they’ll do worse on tests, and they generally underestimate their abilities,” The Atlantic states. This proved to be true as these women in agriculture shared their favorite accomplishments. These women had jobs to be proud of and resumes that were pages in length, but the room was quiet as they tried to answer this question.

“Being a young female coming into the agriculture industry, how do you put a stamp on the fact that I can do a good job too? Divis said. “I know what I’m talking about, I want to learn from you, but I also have a lot to provide and give. That may be new ideas and ways to do things that might be resisted in a very established well know industry that is male dominated.”

Although women are a minority in the agriculture industry, these Virginia Tech alumni were an example of the future that agriculture holds for young women perusing a degree in the field. 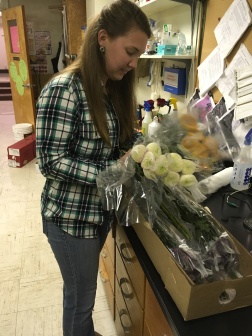 Blacksburg, Va., March 30- Meat Center: Over 75% of the employees at the Virginia Tech Meat Center are women. Photo: Katie Lukens 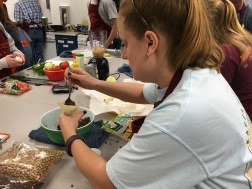 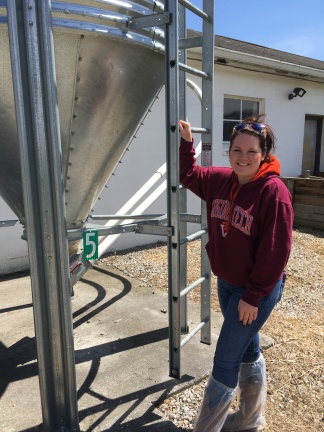