Roanoke-area residents aren’t so mellow about the new restaurant coming to town. In fact, most are ecstatic.

On a gray stretch of Franklin Road, Mellow Mushroom is adding a bit of color.

The eclectic pizza joint, which will open its doors in Roanoke on Oct. 24, has amassed more attention than average for a new restaurant in the Roanoke Valley. Its “Mellow Mushroom Roanoke” Facebook page has already garnered almost 6,500 likes. That’s almost 1,000 more likes than an already-established “Mellow Mushroom Blacksburg” Facebook page, which has been open for nearly two years.

Not only are Roanokers “liking” the page; they are being vocal about their excitement too.

More than 10 pizza joints already exist in the Roanoke Valley. So why is this one of the most talked-about restaurant chains to come to Roanoke in the last year?

“There are so many pizza joints around town that sort of get drowned out,” said Roanoke resident Ken Misco. “Mellow Mushroom is making an effort to stand out both visually as an establishment and with their menu.”

Misco has lived in Roanoke for over 30 years and considers himself a “Valley foodie.” He says he hasn’t seen a chain with this much character come to Roanoke during his time here, adding that the uniqueness of the building alone may be what is reeling so many people in.

The newly constructed building sits in the parking lot of Carilion Clinic outpatient center in the 2300 block of Franklin Road. A mural was painted on the side of the building in colors of purple, yellow, blue, red and pink. The inside will feature diner-style booths and a wall stacked to the ceiling with beer cans. An outdoor patio will be warmed by a fire pit, something of a rarity in Roanoke restaurants.

But the inside is just as special as the outside. Mellow Mushroom offers 40 on-tap beers and a menu filled with original pizza creations with names like the “Funky Q. Chicken” or the “Kosmic Karma.” According to its menu, you’ll have to go the “Create-Your-Own” route if you want just a simple pepperoni pizza.

It will be one of few restaurants in the area that caters to vegan and gluten-free diets.

“It’ll be nice to have [a pizza joint] that brings something different to the table,” Misco said. 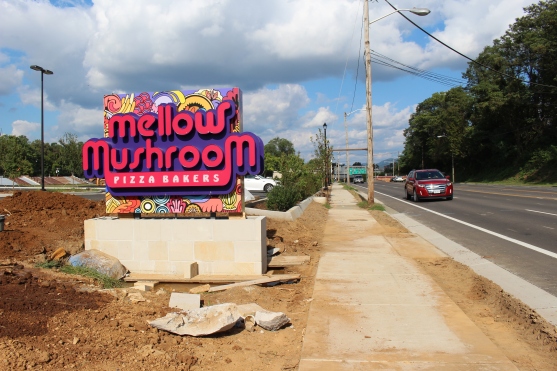 ROANOKE, Oct. 4 – MELLOW MUSHROOM: Beer cans are stacked from floor to ceiling against a wall in the new building. Photo: Katelin Frosell

ROANOKE, Oct. 4 – MELLOW MUSHROOM: The mural painted on the outside of the building features colors of pinks, purples, yellows and blues. Photo: Katelin Frosell 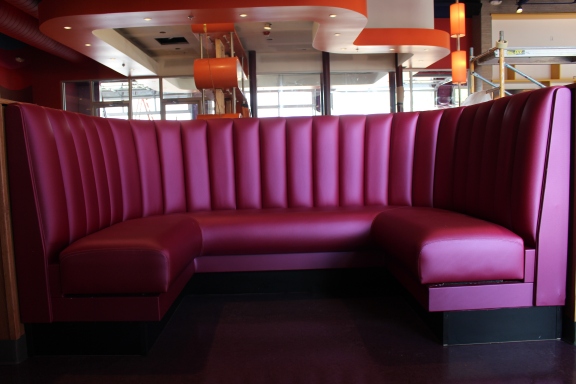 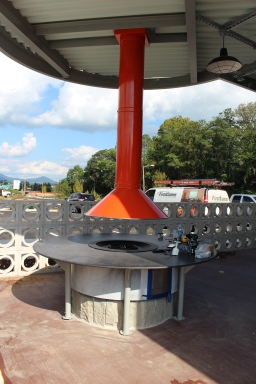 Hello everyone! My name is Katelin Owens and I View all posts by katelinowens